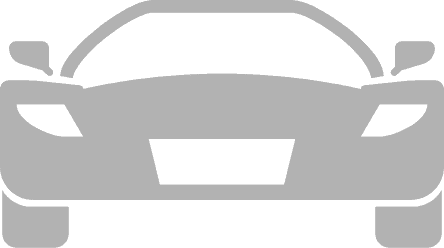 Why did I get a driving prohibition from RoadSafetyBC?

RoadSafetyBC may prohibit you for a number of reasons, including the following:

The most common reason for a prohibition is having an “unsatisfactory” driving record, which usually results from having too many points or high-risk offences.

Class 7 drivers are subject to certain restrictions. For example, new drivers cannot use electronic devices, have any alcohol or drugs in their body while driving, or have too many passengers. Learners cannot drive at all unless they have a properly qualified supervisor.

What if I have an international driver’s licence?

I have my full licence (Class 5). How many points am I allowed before I will be prohibited?

Fully-licensed (class 5) drivers who incur 15 or more points in a two-year period will likely be prohibited.

Fully-licensed drivers who are found guilty of two or more high-risk driving offences in a 12-month period, will likely be prohibited from driving – even if they have fewer than 15 points.

I am a new driver (Class 7). How many points am I allowed before I will be prohibited?

New drivers (class 7) who incur more than three points or even one high risk driving offence will likely be prohibited from driving.

What is considered a high-risk driving offence?

Because these offences are designated high-risk, it is particularly important to get advice from an experienced lawyer about the consequences.

I have a letter referring me to the Driver Improvement Program. What does that mean?

I received a Notice of Intent to Prohibit. What does this mean?

A Notice of Intent to Prohibit advises you of RoadSafetyBC’s intention to prohibit you from driving for a period of time. The amount of time is specified in the letter. Learn more about how you could receive a driving prohibition here.

I have received a Notice of Intent to Prohibit Letter. What can I do?

The Notice of Intent letter gives you 21 days to submit a review of the intended prohibition. If a letter is submitted during this period, the decision to prohibit will be suspended until a final decision is made. We strongly recommend speaking to a lawyer to discuss your options.

If RoadSafetyBC already intends to prohibit me from driving. Why should I submit a request to review my prohibition within 21 days?

RoadSafetyBC may consider your hardship and may shorten or reduce your prohibition. Without a letter, all RoadSafetyBC sees is your driving record. Further, if you provide your submissions within the 21-day timeline, your prohibition will be put on hold until a decision is made. This may give you some more time to prepare for the prohibition.

I received a Notice of Prohibition. What does this mean?

A Notice of Prohibition advises you of RoadSafetyBC’s decision to prohibit you from driving for a period of time. The amount of time is specified in the letter.

I received a Notice of Prohibition but I am still driving. What will happen?

If you do not acknowledge your Notice of Prohibition, a police officer may serve you with the prohibition. If you are driving at the time the officer serves you, the officer may use their discretion to give you time to drive home before your prohibition commences.

What are the possible outcomes after I send my letter?

What considerations does RoadSafetyBC make when reviewing my submission?

RoadSafetyBC will look at a number of factors, including the following:

Hardship alone will usually not result in a driving prohibition being cancelled.

This is the first driving ticket I have ever received, and I am a good driver. Should I bother disputing it?

There are a number of reasons to dispute your first ticket. If you are a new driver, you can be prohibited from driving after a single ticket. If you are an experienced driver, you can be prohibited for as few as two tickets. If you pay your ticket, fail to dispute your ticket, miss your hearing, plead guilty, or are convicted of the offence, the violation will go on your record. All entries on a driving record are permanent.