The police took my stuff, can I get it back? 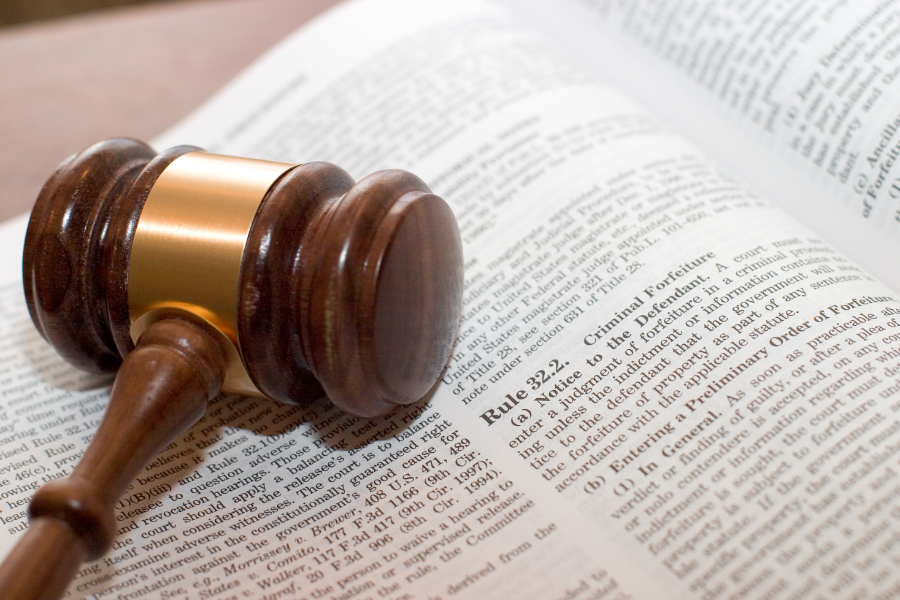 When the police suspect someone of criminal activity, it’s common for them to obtain search warrants to search the suspect’s home, car, or other storage sites. When they do this, they’ll often seize many items. Sometimes, the suspect doesn’t get charged with a crime, or at least they’re not charged yet, but the police are still holding on to the seized items for a long time, depriving their owner of them. In some cases, this can even go on for years.

What do the police do after they’ve taken things they obtained with a search warrant?

The first thing that’s supposed to happen after the police seize things from a suspect is that they’re supposed to get an order from a justice, “as soon as practicable,” that allows them to legally keep those things for a limited time period. If they don’t do this, they’re illegally possessing the suspect’s property. The police then need to satisfy a justice that they should be allowed to keep the seized things for the purpose of an investigation, criminal trial, or other (legal) proceeding.

The police don’t have to prove anything to satisfy a justice to give them an order to keep the seized things. A simple explanation is usually enough, like, “we took this person’s computer and business documents because we think we’ll find evidence there to support our fraud investigation against them.” The justice just needs to be “satisfied” the police need the items for their investigation.

Once the justice is satisfied, they grant the police an order to keep the seized things for 90 days. The suspect doesn’t get the chance to respond to the police’s justifications at this stage, nor do they even get notified that a justice granted the police the initial 90-day order.

So how can I get my stuff back if the police have a right to keep it for 90 days? Do I get it back after that?

The police took a bunch of stuff unrelated to any criminal investigation. Can I get that stuff back, at least?

The police will often seize money, cars, or other property from people they’re investigating. Although the seized things might have nothing to do with their criminal investigation, the police will take them to seek to have them forfeited through civil forfeiture proceedings. That’s a procedure in civil court where the government alleges that things seized from a suspect were used to commit a crime (e.g. a vehicle used to transport drugs) or obtained by committing crimes (e.g. money earned from the sale of illegal drugs). If a civil court judge is satisfied that the seized things are “tainted” in this way, then they can order the property has to be forfeited (i.e. given up) to the government.

When the police obtain an order from a justice to keep seized things for the initial 90 days, the justice also considers whether those things are required for civil forfeiture purposes. If they are, they’ll grant the order for that reason too. The justice doesn’t only focus on whether the seized things are for a criminal investigation.

After the initial 90 days, the police must apply for a time extension to keep the seized things beyond 90 days. Many times, their application is uncontested by the suspect. However, if it becomes contested, then a judge, rather than a justice, will usually decide whether to grant the time extension. At that stage, the judge must “have regard to” the nature of the police investigation before granting a time extension to the police. This is a slightly more stringent test than the test for the initial 90-day order.

At the 90-day stage, it’s possible for a judge to find that the police have been too slow to refer seized things to civil forfeiture if that was the reason police seized those things in the first place. If that happens, the suspect might get their things back. If not, the judge will grant the extension to the police. The suspect might then need to argue their case in civil court once civil forfeiture proceedings are underway unless the suspect gets charged with a crime before the time extension expires.

The police’s investigation is complete, and I’ve been charged with a crime. Does that change anything?

If the suspect is charged with a crime, it changes everything. The police no longer require any orders from a judge or justice to keep the things they seized from the suspect (once charged, the suspect is now called “the accused”). The police are legally entitled to keep the seized things until the end of the criminal proceedings, where the accused will be found either guilty or not guilty.

Once the suspect is charged with a crime, the police also don’t need any more judicial orders to keep the things they’ve taken for civil forfeiture purposes. They can also keep those things until the end of the criminal proceedings. The police can still choose to refer those things to the civil forfeiture office, but often they’ll wait for the outcome of the criminal proceedings instead.

Once again, if the police seized things from a third party (i.e. someone other than the accused), the third party is allowed to apply to have their things returned to them at any time, even if the suspect/accused has been charged with a crime as part of that police investigation.

All of this is pretty unfair, isn’t it?

The policy of using civil forfeiture as a means to tackle crime is controversial. The power of the police to take things from people, and to keep them with very little proof they have a good reason to keep them, also raises concerns about the extent of police power. The way the law is structured relies heavily on the police acting in good faith.

However, a suspect isn’t deprived of all remedies when the police take their things. The rights of innocent third parties is protected by the law. The framework around civil forfeiture allows some flexibility to civil court judges to return property to suspects.

Some judges have granted accused people remedies under the Charter of Rights and Freedoms, where the police were cavalier about following the proper procedures to keep things they had seized from the accused. The first step to fighting back, of course, is getting a lawyer to look at the issue.

If the police have filed a search warrant or have had your seized belongings referred to civil forfeiture, call Filkow Law today. Our lawyers have vast criminal law experience and are equipped with the right tools to assist your case. Contact us for a consultation today.